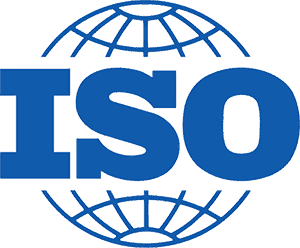 In March I was invited to join an ISO meeting on photographic standards. Convened by Standards Australia who is this country’s representative for ISO, attendees included key stakeholders from the photographic industry: manufacturers, distributors, government, consumers, technicians, scientists, and the end users â€“ us photographers. The outcome is that Australia now has a Mirror Committee for ISO Technical Committee 42 (TC42).

TC42 is the ISO Technical Committee for still imaging for the International Organization for Standardization. (The astute reader will see that ISO is not an acronym for the organisation, its in fact the Greek word for ‘equal’ and pronounced “eye-sew”.) There are more than 2 000 technical committees within ISO with TC42 being one the first formed along with the ISO in 1947.

There are dozens of areas covered by TC42 Mirror Committee relevant to professional photographers. An obvious one is the ISO speed on our cameras. Manufacturers agree on a set of international standards for imaging sensitivity with film, sensors and meters.

Within TC42 there are several Working Groups focusing on specialist areas, such as WG18 who are responsible for electronic still picture imaging. The project I want to write about here is about halfway through the ISO standard development process, that is, an international standard camera raw format. TC42/WG18 has a raw file structure documented using TIFF/EP, which your camera manufacturer already uses to create their proprietary raw file formats. As you may guess TIFF/EP is based on TIFF, a file format owned by Adobe who permit ISO to use it. Adobe recently offered ISO their DNG specification, parts of which may be used in the new ISO raw standard.

The ISO was established to reduce trade barriers through recognised international standards. Like any organisation including the AIPP, the ISO is made of many stakeholders, each with its own interest group. Camera manufacturers have solid business reasons to create undocumented, proprietary raw formats along with their own raw file processor. They don’t want competitors to access confidential and highly valuable data on how their sensors work or their image-rendering pipeline. Some cite image quality as a reason to have proprietary raw file formats. Not everyone will see eye-to-eye on a proposed raw image standard.

ISO/TC42 is made up of several members from the photographic industry. This includes camera and accessory manufacturers, software companies, spread across several countries. To pass an ISO standard requires a majority vote from member countries. That is where countries like Australia can assist as our vote will make a difference. The Standards Australia National Mirror Committee will primarily focus on issues relating to our country’s needs. However the final outcome if we vote on an ISO standard will have international ramifications.

What’s the likelihood of there being an ISO Raw File Format? That’s pretty much a given and the standard development process required by ISO is on schedule for the next meeting. If accepted it will be at least another two years before ISO members vote on a raw camera format standard. But there will be an ISO Standard for Camera Raw files of that I’m certain. The more pertinent question is whether camera manufacturers adopt the ISO standard, and we, the end users, will have to drive that.

Disclosure: While I am the AIPP representative on the ISO TC42 Australian Mirror Committee the views expressed here are my own and not that of Standards Australia or ISO.