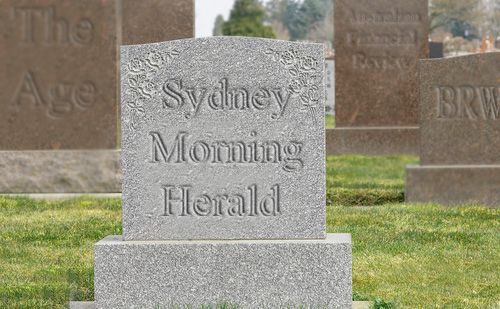 Today the Fairfax Media newspaper group decided they no longer need photographers and will instead use Getty. Fairfax photographers and journalists walked out today protesting about the decision. Fairfax cite unnamed examples of overseas papers making similar business decisions.

Newspaper photographers and journalists areÂ society’s moral conscience and government watchdog. While social media and crowdsourcing may add to the daily discussion it doesn’t replace the in-depth and expensive investigations newspapers areÂ capable of. Newspapers would often be the source for breaking news that other media would then spread. With the risk of sounding melodramatic, society will be far worse off without photojournalism.