This issue looks at lots new toys for geeks and creatives alike.

As you will already know Apple released their latest operating system. WhileÂ there is some refinement to the user interfaceÂ most of the good stuff is under the hood. ByÂ relinquishing support for PPC computers (those without an Intel CPU) Apple have managed toÂ shrinkÂ OS X and haveÂ it boot up faster.Â Time Machine, Apple’s built-in back up app,Â gets an update in Snow Leopard. The initial back up is now muchÂ faster and smaller. I’ve previously discussed Time Machine.Â Other goodies includesÂ supportÂ for Microsoft Exchange mail servers (as long asÂ it’s onÂ 2007 SP2) using the native Apple Mail/iCal/Address Book apps.

All this from only US$29. Seems like a no brainer to upgrade. Or should you? 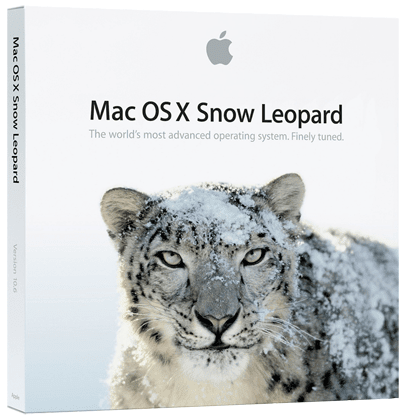 What is important to users is whether upgrading to OS 10.6 (actually 10.6.1 as of this writing)Â will break anything. Snow Leopard was released ahead of schedule catchingÂ outÂ some software companies who were still updating their apps.

Adobe Lightroom 2 has a few problems with Snow Leopard. Nothing serious but annoying nonetheless. As Matt Kloskowski points out when scrolling images at 100% they become distorted. This may have to do with Apple’s new OpenCL used to improve graphics. Adobe and Apple work closely together so expect any necessary updates to be out soon.

Microsoft Expression Media 2 also has issues with graphics, this time probably due to QuickTime X. Raw file formats that use the manufacturer’s rendering doesn’t work. Microsoft use Nikon, Canon and Kodak software to render their proprietary Raw file formats. The workaround is to use Apple’s native support for rendering Raw files. Go to Expression Media 2 > Preferences > Media Rendering and click on the Raw tab. 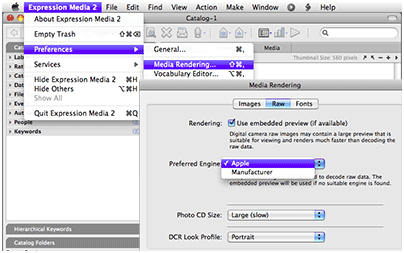 Expression Media (as well as Portfolio, Cumulus, and FotoStation) rely on QuickTime for many image file formats so any changes to QuickTime can have major effects.

Capture One 4 users should update to version 4.8.3 for better Snow Leopard support.

Apple changed the native gamma for Mac from 1.8 to 2.2 in Snow Leopard. Gamma essentially determines how bright the screen appears. Gamma 2.2 is an industry standard whereas 1.8 harped back to the days of Apple printers. After installing Snow Leopard update your calibration app if neccesary and be sure to recalibrate your screen.

Off course you should back up your system before any major upgrade. But will your back up app work once in Snow Leopard?Â Back up app SuperDuper! has been updated to v2.6.1 and works with Snow Leopard. Carbon Copy Cloner have a beta for working with Snow Leopard. Like all betas I don’t recommend using it in a working environment.

One feature that unfortunatelyÂ didn’t make OS X 10.6 Server was ZFS, the Sun MicrosystemÂ Zettabyte File System. What makes ZFS so appealing for DAM is its advanced data protection. For the average user that simply means your data is safer. For a full explanation on ZFS I recommendÂ this ZNET blog entry by Robin Harris.

To complicate things more Oracle Corporation have been given the green light to acquire Sun. While thisÂ shouldn’t affect ZFS in a negative way it will be interesting to see how it all pans out.

Canto are one of the big guns in DAM. They target the enterprise market and four years back licensed off their single user version (SUV) as MediaDex. Strictly speaking the SUV is not new to Cumulus version 8. Since July this year Cumulus is once again available as an affordable single user version at US$399. 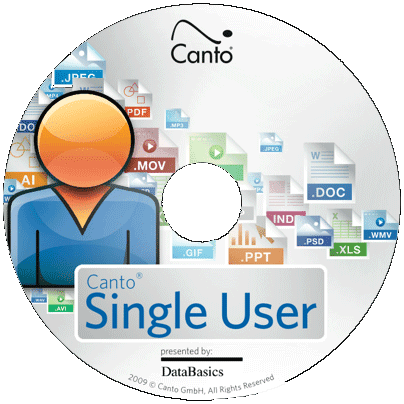 The advantage of having different versions based on user requirements is the clear upgrade path as your needs grow. The network and enterprise versions do come with a premium price tag with licenses in five figures. Canto have long made high quality software and version 8 shows a very mature product.

So what is new in version 8? It is faster due in part to multi-threading. You get a built in image editor for quick touch ups to assets. With this comes better watermarking. But asset management is where you will see the real benefits.

Asset tracking can track and report how often items are used. Great for tracking your client’s usage licence and finding exactly which images are making you money.

In version 8 Cumulus can automatically apply metadata to items dropped into a watched folder. Much like Extensis Portfolio’s FolderSync. Live Search gives asynchronous results, i.e. results are displayed as they are found.

One aspect of Cumulus that hasn’t appealed to creatives is its interface. To be blunt it felt like you were working in Microsoft Excel. The GUI is slightly improved including a fullscreen mode (like Expression Media 2). Cumulus 8 still isn’t as visually appealing as Expression Media, Lightroom or Aperture.

There are more features in Cumulus than can be covered here.Â If you are in a corporate environment Cumulus is definitely recommended a look at. Those on Cumulus 7 should upgrade to take benefit of the new features and performance.Â You are best advised to download a trial version and give Cumulus 8 a test drive from My Digital Asset Management. 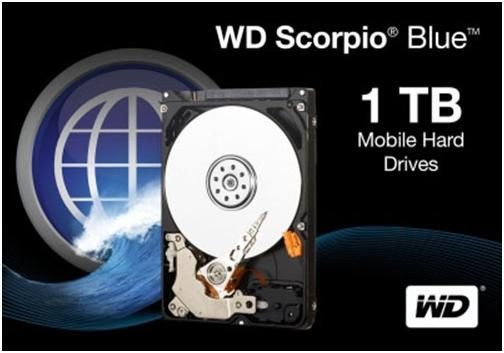 Now the catch! To achieve such capacity WD uses the new 12.5mm drive form factor. That means it won’t fit inside any existing laptop which are built to use 9.5mm drives. But that’s not where the real benefit is right now. WD will offer external HDD using the 1TB Scorpio Blue and third party housings will soon be available for those who prefer to roll their own (see below). 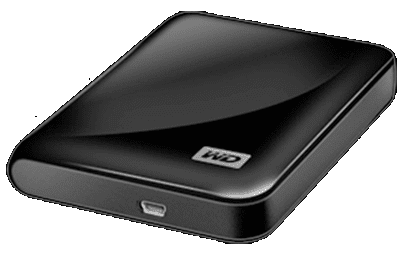 Laptop hard drives give you the option to use the computer to power the unit. Ideal for on location back ups. Next year expect new laptops that take the new 12.5mm hard drives with larger capacity.

External Hard Drives – Simple, affordable back up
Depending on the scale of your operation external hard drives are an easy way to back up your data. As explained in my DAM Workflow seminars photographers typically have at least two distinct areas requiring back up that can be served by external hard drives.Â The first back up is the one I want to discuss today.

This is the initial ingest from the memory card or download if capturing tethered. The first download location will often be an internal computer hard drive. The second location should be separate from the first and that’s where an external hard drive comes in. If the computer fails mid-assignment you know at least the images are backed up. Some photographers choose to have two external back ups at this stage making three copies all up.

External hard drives come in many flavours. They offer different capacities, form factors, interfaces and cooling options. The smaller laptop drives like the WD Scorpio Blue discussed above are portable and draw power from the host computer. These drives are typically referred to as 2.5 inch models.

The hard drive inside desktop machines are usually 3.5 inch and require AC power. These drives offer more capacity (up to 2TB currently) and are better value per GB compared to their smaller 2.5 inch siblings.

The interface refers to both how the drive connects inside the enclosure and the enclosure to the computer. SATA drives have been the norm for some time compared to the older PATA drives and SATA now offer larger capacities for less money.

The hard drive enclosure can connect to your computer by USB, FireWire, and eSATA. USB2.0 is the most common rated at 480 Mbit/s (Megabits per second) but in practice this drops to 240Â Mbit/s with overhead. FireWire (sometimes called IEEE 1394) offers 400 Mbit/s and less commonly 800Â Mbit/s.Â eSATA 2 is becoming easier to find and no longer the realm of geeks. It offers an amazing speed of 3 000Â Mbit/s or 3 Gbit/s.Â Many external hard drives offer two or all three connection types to the computer. 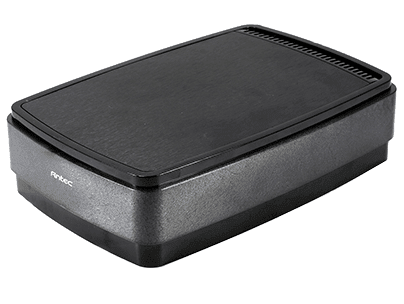 Excessive heat will kill a hard drive and sealing it up in a small enclosure adds to the problem. Most external hard drives rely on passive cooling that dissipates heat through contact with a large, flat surface like a desk. Active cooling is a fancy term for a fan. If the external hard drive enclosure uses a small fan it must spin it fast to draw out heat and sounds like a Cessnar preparing for take off. The best enclosures use an 8cm fan that runs slow, quiet and is more efficient.

The final choice is whether you buy your external hard drive off the shelf or buy the enclosure and hard drive separately then roll your own. The former option is the simplest and not necessarily more expensive. The latter lets you choose the brand and capacity of hard drive and enclosure. Plus when you outgrow the size of the drive or it fails you simply replace it.

My experience is the most reliable and quietest external hard drives are those which you buy separately and assemble yourself. My current favourite is the Antec MX 1 featuring both USB 2.0 and eSTATA connections and is fan cooled. Antec make high quality computer cases and fans for PC gamers. The fan in the MX 1 is near silent when running just like many Antec PC cases.

Photo Piracy – Nothing new!
Software, music and video piracy is a big problem for content creators. But photo piracy preceded this by 150 years!

Recently I had the pleasure of meeting Geoff Baker, curator at the Powerhouse Museum (Museum of Applied Arts and Sciences) in Australia. Part of Geoff’s role is total asset management for the Museum. This involves finding the true author of historic images. Surprisingly many images have been given false attribution.

When photography became more accessible there soon grew a market for illegal reproductions. Imagine as a photographer you have exclusive access to Queen Victoria. Selling postcard prints such as this was worth millions of dollars in its day. Photo pirates quickly made cheap, often bad, copies of such images. 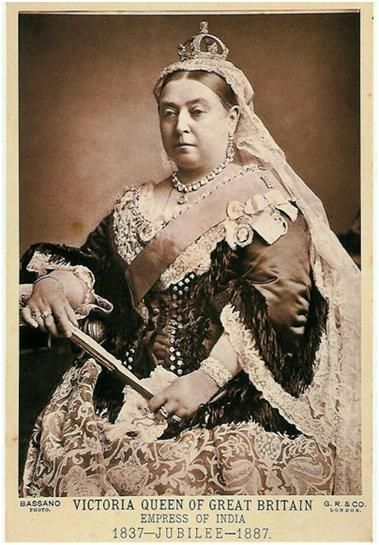 Queen Victoria. Was HRH photographed by Alexander Bassano or copied?


Even worse were reproduction houses removing watermarks and replacing them with their own. At the time photography was not considered an art so was not protected by copyright.

Fast forward 150 years and authors of books on the history of photography sometimes attributed images based on the watermarks on prints. Often these were the pirated images, not the original author. Curators like Geoff have to take great care to ensure the real author is credited for their work.

To help future curators who may be archiving your body of work please ensure your images have proper metadata embedded. Read more about metadata here. While metadata can be removed, like watermarks on prints, the Digital Millennium Copyright Act helps protect your copyright.

If you are in Australia and concerned about how secure your images are now and in the long term this seminar is for you. You will learn the most effective way to streamline your workflow using the best practice and products available today. It includes a basic introduction so no prior DAM knowledge is necessary.

We’re often asked by overseas subscribers about seminars. For those in the USA Peter Krogh runs regular workshops. Visit The DAM Book website for more information. And for those in the UK John Beardsworth offers an extensive consultancy service. We can travel to consult and present seminars in your city.