Battle for the Cloud

Apple and Adobe make great products. But they have very different approaches to making their applications work in the cloud. Apple will abandon all to make a new and better product. Adobe will forego features to ensure legacy products are supported.

Apple Photos
With the latest iOS/Mac OSX update Apple have updated/released their new Photos app. It replaces both their consumer iPhoto and professional Aperture products. From an advanced user viewpoint Photos is a downgrade. It has far less features for processing images and managing your image collection.

Apple has a history of doing this and the obvious question is, why? Basically it’s to support a unified cloud experience for the user. And Apple’s targeted user here is the majority. Let’s say it’s that 90% of people who simply want to take photos on their iPhone (the world’s most popular camera) to both view and share the images across their Apple devices. Seamlessly. To make it work the cloud came first.

To do that Apple had to forego some of it’s other users, the 10% who are professionals and advanced amateur photographers. 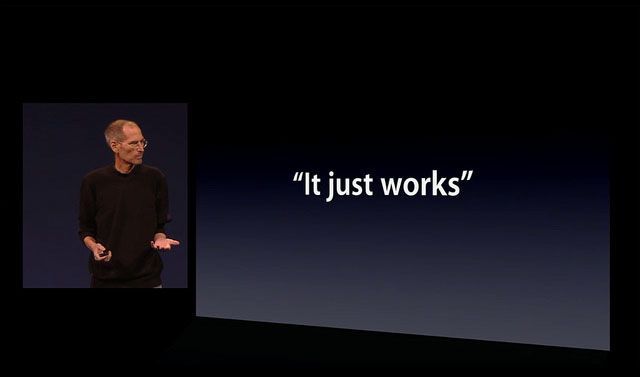 As Apple famously says, “It just works”. Photos is an elegant application that feels the same no matter where you use it: iPhone, iPad, Mac, Apple TV, or iCloud.

Adobe Lightroom
With a different audience the opposite is true with Adobe. Photoshop Lightroom attracts that 10% of advanced users who want stability and reassurance. Adobe is driven by engineers who deliberately avoid features that may break future compatibility. There are amazing tricks Adobe have up their sleeves but until they work across platforms and support legacy files those features are put on hold.

Look at how Adobe uses the cloud with Lightroom Mobile. While it works and is clever it is not as seamless as Apple Photos. You need to be an advanced user to use Adobe’s cloud-sharing features.

The winner
Which is better? That’s up to you. For some family members who only ever use their iPhone, I’ll recommend Apple Photos because, “It just works” – for now. For me it’s Adobe Lightroom because I value the long term future of my image collection.