Confidence of Film – Strength of Digital

When I began in commercial and corporate photography we photographed on transparency (slide) film. It was unforgiving with little latitude for error. Photographers seemed to perform magic, capturing an invisible image inside their camera, confident they had createdÂ what the client needed. There was no way of seeing if you had the shot until the film was processed, hours or days later. You knew your craft intuitively because you had to “get it right in camera“.

Often I have corporate photography clients tell me I must be confident because I don’t look at the LCD on the back of the camera. Actually it’s just a habit from the film days. On being photographed Actress Keira Knightley said in Interview Magazine:

“I’ve noticed that the people who started on film still have the ability to see the person in front of them. Whereas for a lot of photographers who have only ever worked in digital, the relationship between the photographer and the person who they’re taking a picture of sort of doesn’t exist anymore. They’re looking at a computer screen as opposed to the person.”

Today professional photography is captured digitally. While I loved film I could never go back to it commercially over digital. Film is sometimes used as a selling point for retail photography as a point of difference. In terms of sheer quality, turnaround and cost, digital surpassed film over a decade ago.

Digital also offers opportunities impossible with film such as Computational Photography. Using more than one camera, lens or image along with with clever software allows photographers to create images beyond the capabilities of traditional photography. Combining multiple images allows me to create photographs that closely match what the human eye and brain see (or better if so desired).

Much has been made of the Apple iPhone 7 Plus dual lens system. Apple combines images from both lenses to simulate the look of an expensive portrait lens with the background out of focus. The Light L16 camera goes several steps further and will create images that can even be refocussed later.

A great example of computational photography the Light camera captures 52 megapixel high resolution images, has a high dynamic range, superior low light abilities, and a wide optical zoom range in a tiny form factor.Â Creative decisions can be made and more importantly changed later in comfort during post-production. It sounds like science fiction and that is precisely how computational photography should be! 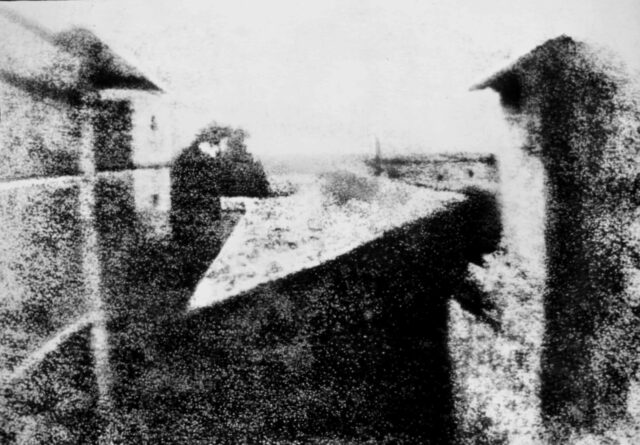 This year marks 190 years since the first photograph was created by Joseph Nicephore Niepce. It has since taught photographers to pay attention to the subject not their camera. We have developed a unique visual language around film and what looks “natural” based on its limitations. Digital photography is relatively young and computational photography is still in its infancy. Knowing what can realistically be achieved in post-production lets me decide the best way to capture a scenario for a client in a pre-production meeting. I can judge whether it’s more efficient to balance an extreme tonal range at time of capture or in post. In the hands of a qualified photographer advanced digital technology can offer photography clients a better experience, higher quality and more flexibility.